Continuity refers to the consistency of the internal history of the world of the protagonist. It is a single world which may stretch through multiple stories featuring different characters. When a story or plotline is disregarded, it is deemed no longer in continuity.

Why is continuity an issue?

Continuity becomes an issue over time as stories are told throughout multiple generations. As different creators approach the same characters with different styles and themes for the tastes of their particular generation, there will inevitably come a point where certain stories are no longer appropriate for the world that they are currently trying to tell. When this happens, these stories are deemed out of continuity.

How is continuity changed?

It may be changed in minor ways or major ways. Sometimes the change is woven into the events of the story and other times it is an unspoken editorial edict.

Continuity is often changed to alter details about a character's established history. This may be as simple as changing the order of events in the childhood or adding a previously unknown character. It may also be used to make a major physical or psychological alteration to the character. Often supporting or lesser-known characters are changed racially or by sexual orientation in an effort to diversify the predominantly white heterosexual superhero environment. On rare occasions, the gender of characters have been changed from male to female.

DC Comics is the longest running superhero comic publisher since the foundation of the superhero genre with Action Comics in 1938. Over the years, they have purchased numerous smaller superhero publishers and incorporated them into their own shared continuity. For these reasons, DC has always had a complex continuity issue first addressed in The Flash #123 in 1961.
Multiple Earths (1961) 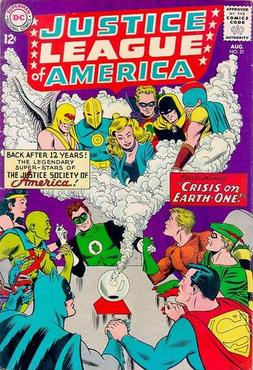 The first major continuity issue to address in the DC universe came during the Silver Age when Golden Age heroes the Flash and the Green Lantern were completely re-designed with new identities and origins. It was decided that those Golden Age heroes existed in a parallel dimension in a world they called Earth-2. Since both heroes had fought alongside Superman, Batman, and Wonder Woman, it was decided that Earth-2 had its own older versions of these heroes. While it wasn't clear where the Silver Age continuity of Superman, Batman, and Wonder Woman began, this was an otherwise effective method of clearing up confusion in a way that allowed the writers to tell stories of the retired Golden Age heroes and their children.

This multiverse concept also had the additional benefit of creating other parallel worlds for fun, like the criminal world of Earth-3 or the unremarkable world of Earth-Prime, also known as our world. When DC acquired other companies like Fawcett Comics, their characters were given their own parallel universe.
Crisis on Infinite Earths (1985-1986) 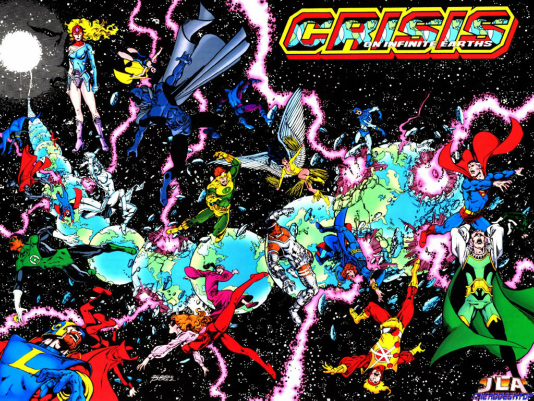 In 1985, DC Comics began their first mini-series event with Crisis on Infinite Earths which told the story of the multiverse being destroyed. This story served to eliminate the multiverse concept and unite all of DC's characters into a single world. This was also seen as an opportunity to reboot the continuity of many of the major characters, including Superman and Wonder Woman, to reintroduce their concepts with a more contemporary voice. This period is commonly referred to as "post-Crisis," although recent storylines have made this distinction less clear.

The critical response to this event varied wildly, largely depending on the effect to individual characters. In many ways, the changes were designed to be more conservative and to remove the more outlandish elements of their own history such as the Super-pets or Batman's impish nemesis, Bat-Mite. However, many later creators often found value by reinterpreting and reintroducing these old concepts, so gradually elements that were removed came back into continuity.

Also, the single Earth concept did not last because creators simply had too many interesting stories to tell that would not fit in the mainstream universe. These stories were referred to as Elseworlds tales and deemed out of continuity.
Infinite Crisis (2005) 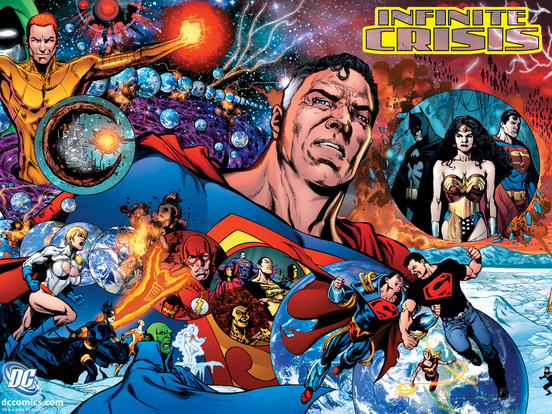 The reintroduction of Silver Age elements was eventually addressed in the direct sequel, Identity Crisis. This series featured a return of the Multiverse concept and created minor changes in character continuity while preserving the majority recent events. Although intended to restore a single continuity and simultaneously allow multiverse plot ideas, it was overshadowed by another continuity shaping event only six years later. 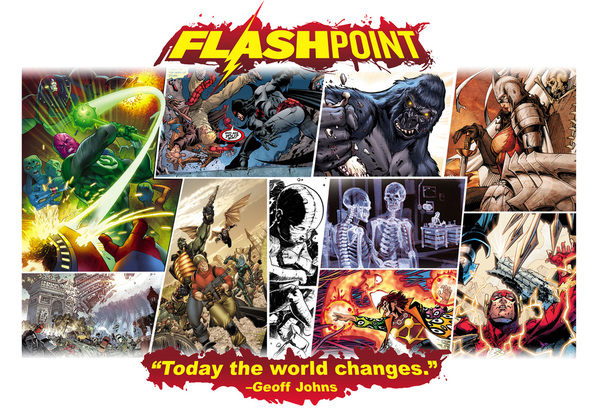 New 52 (2011)
Following the Flashpoint event depicting a temporary alternate timeline, DC continuity experienced a major change when all of their titles were relaunched with a new number one issue. Since there were 52 new titles, this is commonly referred to as the New 52. Superman is the first superhero, he appeared five years ago, and all of the main DC heroes are now in their mid-twenties.
Conclusion
Although DC Continuity can be complex, you basically just have to remember Crisis on Infinite Earths and Flashpoint as the two major reboot periods. While some character continuity is drastically altered by these continuity events (Superman, Wonder Woman, etc.), others are virtually uneffected (Batman, Green Lantern, Flash). If you follow this guide, you should be able to identify which stories are or are not in continuity in each of the eras listed.

While Marvel had a few superheroes of their own in the Golden Age, they did not have the pantheon of characters that DC did, nor did they continue to publish them throughout the fifties, so with the introduction of the Silver Age, there were no serious continuity issues to address. When Namor appeared in the Fantastic Four, he was simply a victim of amnesia and his physiology left him young and vital. Captain America's return was explained by being frozen in suspended animation. All of the others had simply vanished over time.

Although Marvel has never employed the kind of broad continuity changes demonstrated by DC Comics, they employ a similar device know as a retcon (or retroactive continuity). This is a way of changing the events of the past in specific ways to alter the narrative. Often this is done through a revelation of new information, however it may also happen through more fantastic means like magic or time travel.

Retcons may also be used to describe the return of a character "from the dead." This happens when a character's death has been well established in continuity, but the character is desired for new stories. While this is generally looked down upon by fans, there have been a few cases where these resurrections were well executed and even when they aren't, other creators will often find a good use for these characters, so the practice is tolerated. Major examples include Bucky (AKA the Winter Soldier), Jean Grey, and Norman Osborn.

Perhaps the most notorious example of retconning is in the Spider-Man event Brand New Day when Spider-Man is forced to make a deal with Marvel's resident devil, Mephisto, to undo his marriage and restore him to the single life. While clearly a creative decision designed to explore a single Peter Parker without the stigma of divorce, the dark and unnatural nature of the story was upsetting to many fans.
Reboot Attempts
In 1995, struggling with bankruptcy, Marvel Comics experimented with a reboot of four titles by competing artists at Image Comics. Known as Heroes Reborn, this recreated the Fantastic Four, Avengers, Captain America, and Iron Man with a more contemporary basis. However after the initial sales surge caused by the event, sales quickly declined and this experiment was abandoned.

In 1999, Marvel Comics launched the Ultimate imprint. Designed to tell new stories with popular characters free from continuity, this line is the closest Marvel came to a linewide reboot. However, as the stories continued, the differences between the Ultimate continuity and the standard Marvel continuity grew. Eventually, the Ultimate universe became less of a continuity free zone and more of a twisted alternate take on the traditional heroes.